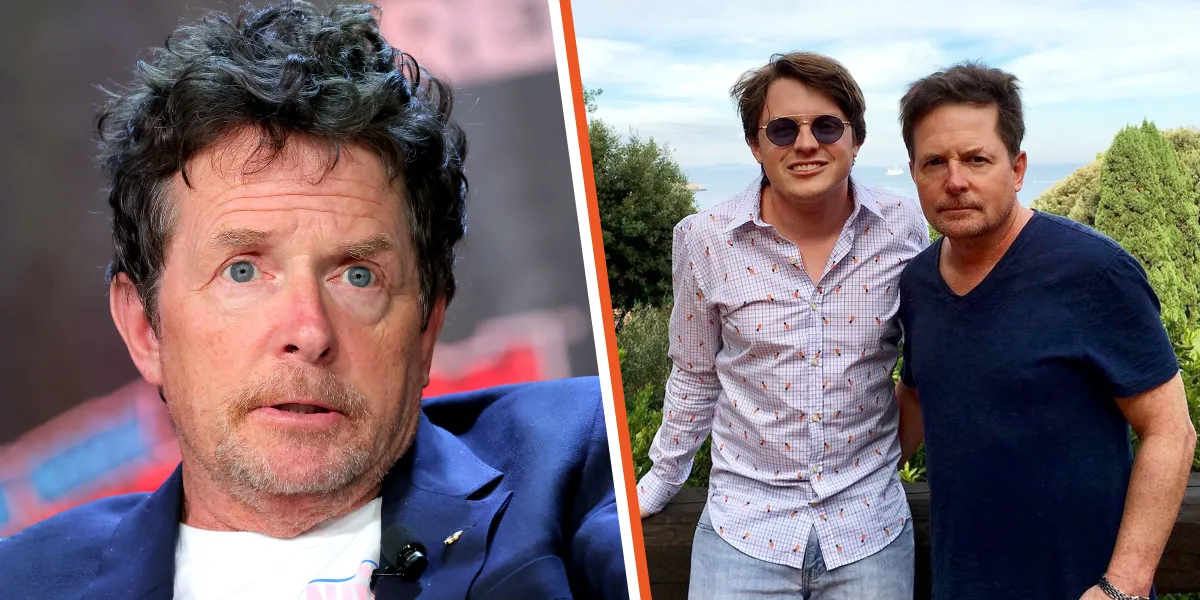 It’s a well-known fact that actor Michael J. Fox has been living for years with Parkinson’s disease; however, internet trolls were still unforgiving. The star’s son had to call the critics out for their unnecessary abuse.

In November 2020, Michael J. Fox had been living with Parkinson’s disease for 20 years. Although the star continued acting after his diagnosis, life hasn’t been easy as his health deteriorated because of the condition.

Michael, who appeared on “The Good Wife,” spoke to The Guardian about how he was doing in 2020. The actor revealed how things had changed since his last interview with Hadley Freeman in 2013. The “Rescue Me” star said, “I used to walk fast, but every stop is now like a frigging math problem.” Michael’s condition had worsened over the years, but that didn’t stop internet trolls from mocking him.

Although the actor never really entertained critics, there was one instance when he wanted to respond to someone who was hating on him because of his diagnosis. His son, Sam Fox, aged 33 in 2022, managed to save the day with his quick and innovative thinking.

Over the years, Michael’s health has caused him many challenges. Walking wasn’t the only issue the star struggled with in his everyday life, as his career choice also took some knocks.

What’s the State of Michael J. Fox’s Health?
Speaking to Freeman in 2020, Michael shared how he took it slow when walking because of how difficult it had become. He also revealed that his acting career was suffering because of his diagnosis.

The star shared how he once could rush to the punchline but had to start paying attention because he no longer could “skate” through any moment. Since 2018, the actor has put a pause on his career, saying:

“If something changes, great, or maybe I can figure out how to do it a different way.”

Michael said he felt especially ready for the COVID-19 pandemic’s lockdown because he generally attended meetings virtually and usually kept five feet away from other people! In one of his books, the star shared his concerns during a visit he made for his mother’s 90th birthday.

He revealed that he feared knocking her over because his balance was worsening. Michael said the disease was more complex for the people around him than himself, as he experienced being frozen and sometimes hurtled down the street.

However, he still accepted that the way the disease was progressing was just a part of his situation. Sam’s father noted how, maybe due to age or the progression of Parkinson’s, he’d “dimmed or softened” over the years.

Despite all of this, one thing that hadn’t changed was his refusal to experience self-pity. He said he didn’t see a benefit in living his life with his vulnerability as the lead or getting sympathy from people.

Michael felt he had to be understood before he could be helped because people had to get him before getting him there. His longtime wife, Tracy Pollan, got it and treated him like anyone else, like when she’d ask him if he was wearing a particular shirt!

During an AARP interview, the actor was described as a “rapid speaker,” the disease tried to blur his words, but he forced through, and sometimes his thoughts stuck together. The star noted how people often thought of Parkinson’s as a visual disease.

However, he said the visuals were nothing because, on some days, his hands were barely shaking and or they shook hard. Michael revealed that the worst effects were what couldn’t be seen.

Living with a debilitating disease wasn’t the only challenge the actor faced. His son once had to come to his rescue when he encountered an online troll who thought saying mean things about his condition was okay.

Son Saves Father from the Critics
In December 2020, during a “Graham Norton Show” appearance, the then 59-year-old star recalled an instant where his son assisted him in standing up to a Twitter hater. He shared how someone went out of their way to say “something nasty” about his diagnosis.

Michael explained how she usually let people’s unnecessary criticism pass by because it didn’t happen often. However, the actor said when it did, he didn’t care much about it but wanted to respond to the mean troll in some fashion.

The star reached out to his son for advice, and Sam told him to “Do SMH.” When the “No Time Like the Future” author asked what “SMH” was, his son reassured him that writing those three letters was the thing to do.

Sam replied to the troll, and his father was surprised by the response he received. The hater revealed the retort was the funniest thing he’d ever read in his life and dubbed the actor the king of the internet, adding:

“I apologize for anything I said to you.”

The star was confused by what he’d said to the troll because he still didn’t know what SMH meant. He asked his look-alike son what he’d said, and that’s when Sam told him the letters stood for “Shaking my head!”

Years after Michael starred in “Back to the Future,” he reunited with a former co-star, and people got to see how he was doing. Fans were shocked to see how the disease had caused him to deteriorate.

How Does Michael J. Fox Look Now?
In early October 2022, Michael reunited with former “Back to the Future” co-star Christopher Lloyd, 37 years after starring in the films. The pair appeared at the New York Comic Convention (Comic Con).

However, the fan held onto a good moment and memory from the actor’s [Michael J. Fox] Comic Con appearance. Fans were shocked by how Michael looked at his first public speaking event in a long time. The actor was almost unable to stand or walk as he battled tremors while embracing Lloyd in an emotional moment causing the audience to applaud.

Taking to Twitter to comment under a video of the star’s arrival at the event, one person shared how it “killed” them to see Michael the way he was. The fan also noted how “admirable” the celebrity was as a person. Another person also sympathized with Michael’s condition, saying it was “heartbreaking to see that.” A third fan revealed how “sad” it was seeing the star the way he was in 2022.

However, the fan held onto a good moment and memory from the actor’s Comic Con appearance. The Twitter user shared how they’d loved the moment Sam’s father played air guitar!