“Earlier this morning I was notified of the tragic death of one of our students,” Becky Watson, principal of East River, announced in a statement this week. “I know I speak for our entire East River High community when I express the grief felt at the loss of one of our own.”

She added the sentiments, “My thoughts and prayers are with this student’s family and friends as they go through this extremely difficult time.”

Miner, who was in his final year of high school, reportedly pulled his truck over and stopped to help another driver in need of assistance. However, the driver of a Honda Insight “failed to observe” the teenager’s white Ford F-150 on the boulevard and struck it. The Florida Highway Patrol reported that Miner flew from his truck and died in the collision. The driver of the Honda currently awaits charges as the investigation continues. 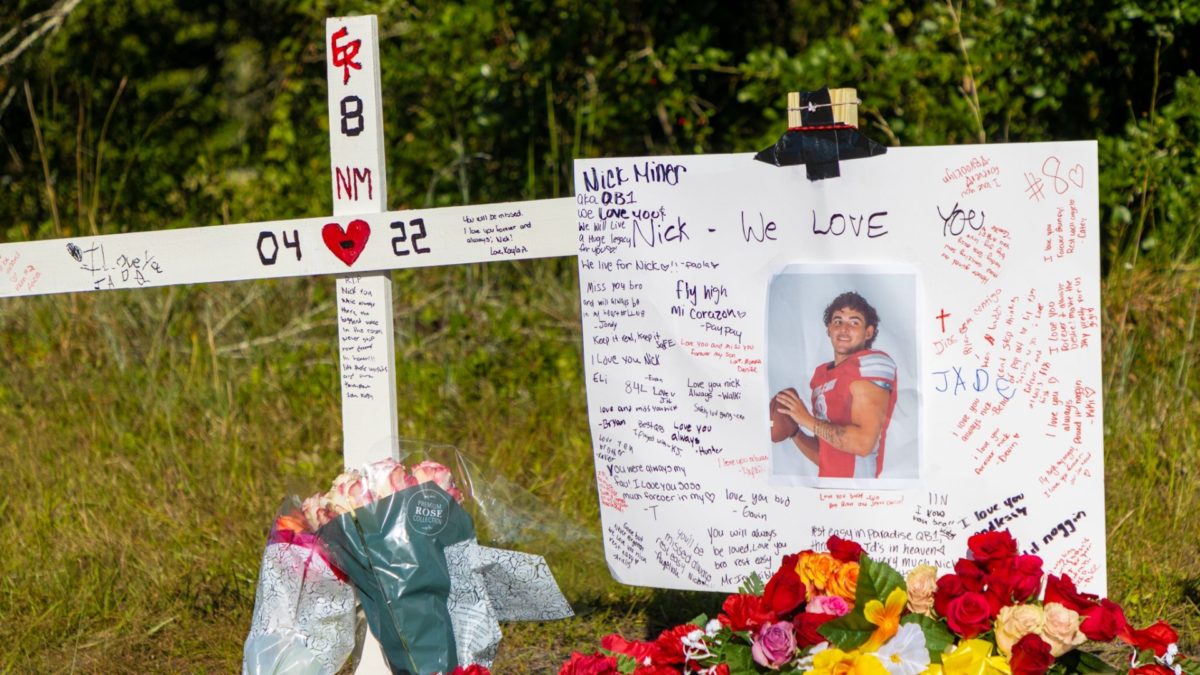 Miner was attempting to help two women who were stranded on the side of the road. They were also involved in the collision and taken to Orlando Regional Medical Center with non-life-threatening injuries. According to Miner’s teammate Cole Strawder, “Nick was like the leader of the brotherhood…He went out doing what he was always doing. Helping people out and being a leader.”

“I don’t think I’m ever going to get that picture out of my head,” Miner’s father, Derek, said to reporters after the incident. “Of my baby boy stuck under that truck. We’re all broken, we’re all lost, we’re in shock right now.”

“I ran over so fast to him. And I saw him pinned under that car. And his friends were there,” the father continued. “We were trying to lift it up, and we couldn’t do anything.”

Since the athlete’s death, the entire community has been outspoken about their grief. East River High School announced that they will have “grief counselors available on campus first thing in the morning for any student or staff member who needs to speak with someone about this loss.” and that they hope the community will “keep our students and staff in your thoughts at this very difficult time.”