Many love stories have adorable beginnings that date back to when the lovers were considerably younger and had no idea they would end up together. Dustin Hoffman and his wife, Lisa, had a similar beginning, with Lisa meeting Dustin while still in the womb.

Dustin first met Lisa during her parents’ wedding. Dustin was the pianist, and her mother was expecting her. After 41 years of marriage, the couple is still madly in love with one another.

Lisa remarked that such a long marriage was unheard of in Hollywood and that she likes to think of Hollywood years as dog years, so she increased her marital length by seven. 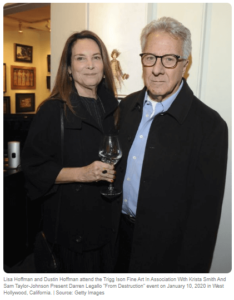 Despite having spent many adventurous years in Hollywood together, the pair now prefers to spend their time at their home in Los Angeles. The pair also owns houses in London and New York, where they spend their free time.

Lisa’s parents married while her mother was expecting her. Lisa’s parents hired a pianist for their wedding, who happened to be Dustin, a 16-year-old. He was learning to be a classical pianist at the time. 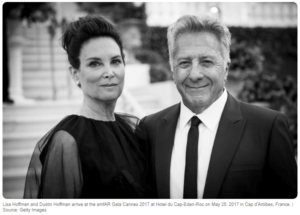 Because Dustin’s mother and Lisa’s grandmother were friends, Dustin ended up performing at Lisa’s parents’ wedding. The pair now jokes that Lisa fell in love after hearing Dustin play at her parent’s wedding.

While some may consider Dustin and Lisa’s first meeting to be during their wedding, their first formal meeting was after Lisa was born. Dustin departed for New York soon after the wedding to study, but Lisa would see him when he came to see his family.

Dustin came to visit one evening and was told that it was time to abandon his dream of becoming a performer and instead work alongside his father. He felt uncomfortable and opted to spend time with Lisa, 10, and her brother, eight. 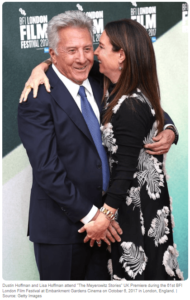 Instead of hanging out with the grownups, Dustin hung out with them, playing the piano for them and urging Lisa to dance to the music. Later that evening, Lisa confessed to her mother:

“I’m hoping he’ll wait for me since I’d like to marry him.”

Dustin was 27 at the time, and Lisa’s mother made no comment about it until their passion blossomed years later. Lisa and Dustin began dating when Lisa was 22 and Dustin was 38. 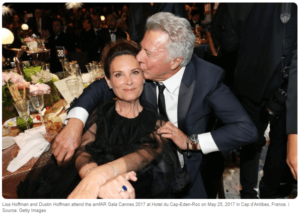 Dustin was already well-known as an actor when Lisa and Dustin began their relationship. He had divorced his first wife, Anne Byrne, and Lisa’s grandpa had died, so he returned to Los Angeles to pay his condolences to Lisa’s family.

Lisa and Dustin hadn’t seen each other in several years, but as soon as they saw each other again, they were smitten. Lisa confessed:

“Dustin inquired as to the number of children I desired. I suggested six, and he said he already had two, so would four suffice? And that’s precisely what happened. 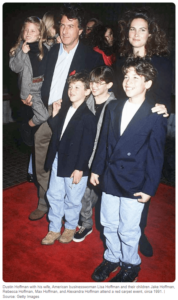 Lisa was studying when she became engaged to Dustin, but she didn’t end up working since she looked after Dustin’s children from his ex-wife as well as the children they would have together.

Lisa graduated at the age of 25 and gave birth to the couple’s first child, Jake, one week after taking the bar test. While the couple was overjoyed to have their first child, a cloud lingered over the baby’s delivery.

Jake was born prematurely with Hyaline Membrane Disease, which means his lungs were not fully formed when he was born. Lisa devoted her life to being a mother because of Jake’s health issues. 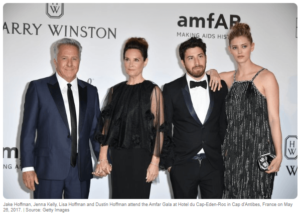 Following Jake’s birth, the couple welcomed three additional children, as they had agreed when they first met. Becky arrived two years after Jake, Max two years later, and Alexandra three years after that.

Over the years, the pair has expressed their family beliefs, and it is apparent how they feel about their family unit. Lisa stated:

“We have conventional morals.” Dustin valued the fact that we were all together as a family. That was the goal of our marriage for both of us. 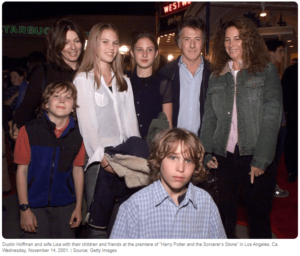 Lisa also stated that their children were always their top priority. If they had duties that kept them away from their children, they would return and spend meaningful time with them to compensate.

Dustin was only starting his career when he met Lisa, but by the time they married, he had become a household celebrity. Lisa discovered methods to deal with it despite the fact that it was somewhat intimidating.

Lisa referred to her marriage to Dustin as “Dustin Hoffman World” and said that it took some getting used to. Still, she kept her privacy by going with him to movie premieres and other public events only on rare occasions. 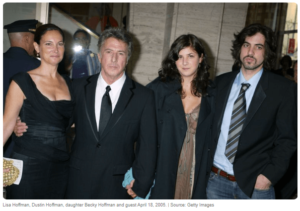 Lisa, on the other hand, discovered her life’s passion after many years. She launched a skincare brand in honor of the many years she and her family spent traveling with Dustin. The range includes one-use packets that may be conveniently stored in travel bags as well as full-sized goods.

The happy pair has six children: four from their own marriage and two from Dustin’s former marriage to Anne Byrne. Karina, Jenna, Jake, Rebecca, Max, and Alexandra are their children. 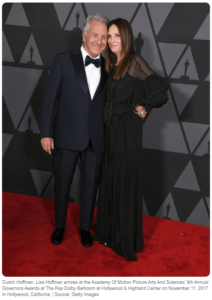 Dustin’s children from his past relationship with Anne are Karina and Jenna. Dustin adopted Karina since her father was Anne’s former husband, and Dustin and Anne shared a daughter, Jenna. Karina stays mainly out of the spotlight, while Jenna follows Dustin’s acting career.

Jake is often regarded as the most well-known of his father’s children. He’s been in films including “Click” and “The Wolf of Wall Street.” In 2014, he made his directorial debut with “Asthma.”

Rebecca is another of Dustin’s children who did not get the gene for acting. Despite the fact that she co-starred in “Hook” with her father, she chose to pursue a career in academia instead. She attended Barnard College in New York City and Berlin. 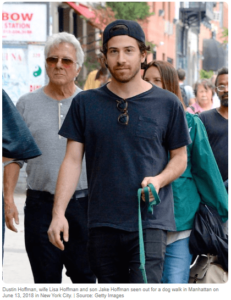 Max is Dustin’s youngest kid, and he caught the film and entertainment bug from his father and brothers. Before appearing in “Asthma,” he studied film and TV at the Academy of Performing Arts in Prague. He also attended Brown University.

Alexandra, Dustin’s youngest child, is also an actor. She starred in the 2002 film “Moonlight Mile” and dated actor Jonah Hill for a while. Alexandra’s background is unknown.

Lisa and Dustin have raised a lovely family, and we wish them many more happy and healthy years together.