Sean Connery was well-known as James Bond when the film franchise first began. To his wife and children, he was simply known as a husband and father. That was until his first wife left him.

He then met and married Micheline Roquebrune, who brought three children from a previous marriage with her. The couple successfully integrated their families and raised their children together. 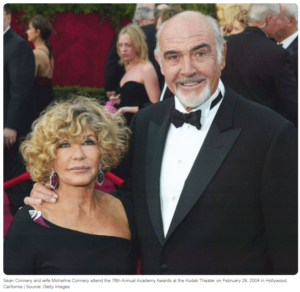 When he met Roquebrune, Connery had just one son, Jason, from his marriage to Diane Cilento. From 1962 through 1973, Cilento and Connery were married for 11 years. He had no qualms about blending his family with Roquebrune’s.

Sean and Micheline raised their blended family together; however, they did not have any children during their marriage. They were all living happily ever after until Cilento shook everything up with a memoir.

Cilento published a book in 2006, 33 years after she and Connery separated. She stated in her biography that she was the hero of her own story since she had been married three times and had overcome obstacles in unsuccessful relationships. 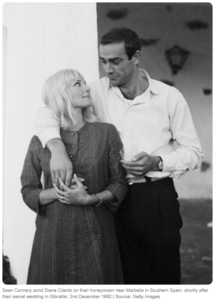 Cilento, a stage and screen performer in her own right, claimed that once Sean Connery participated in the “James Bond” films, her family’s life was never the same again. She stated:

“I couldn’t spend the rest of my life living in the shadow of 007.”

Before they got divorced, the actress said that Connery had hurt her mentally and physically for years. But losing her identity because her husband was in one of the most famous movie series was the last straw. 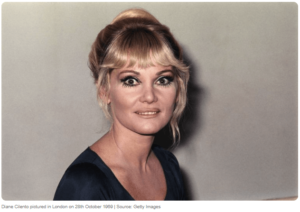 When discussing her and Connery’s divorce, Cilento made it plain that she was the one who left Connery, not the other way around. She then stated that people wanted to know what it was like to be married to Sean Connery, but she had a more adventurous life than that.

Cilento later claimed in the biography that Connery had robbed their son, Jason, of his fortune by leaving him out of the will. Connery rejected the reports, stating he hadn’t seen her in more than 30 years and that she had no knowledge of his current situation. 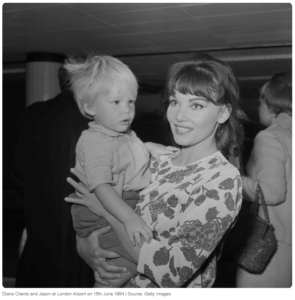 “Diane is still reeling from the breakdown of our marriage, and I’ve already had to deal with her accusations that I was abusive to her.”Now the falsehoods appear to be becoming more venomous, and to make matters worse, she is bringing our kid into it.”

Jason then defended his father, claiming that Connery had not removed him from his will and that he and his father still maintained a good connection. In truth, Jason was the one who broke the news of his father’s death. 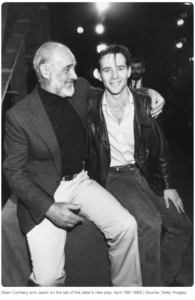 When Sean Connery died in the Bahamas in late 2020, Jason used social media to inform the rest of the world. He confessed that his father has been sick for some time and that today was a terrible day for everyone who knew and loved him.

Jason was left without biological parents after his father died on October 6, 2011, at the Cairns Base Hospital following a battle with cancer. After her divorce from Connery, she married twice more.

Following Cilento’s charges against Connery, the press widely disseminated the material she revealed in her memoir. While the rest of the world was stunned by what was said, Jason knew it wasn’t true and said so. 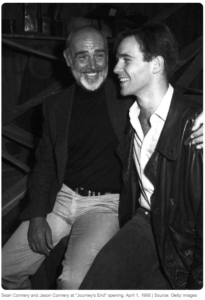 Jason expressed his opinion on the subject as the news began to circulate, saying:

“I am sick and tired of reading about my father and our relationship and of seeing him represented as some kind of monster or tyrant who governs my life by “cutting me off from his money.”

Jason then stated that his father had worked hard to acquire his multimillion-dollar wealth, and he could choose what to do with it and who to leave it to if he died. He acknowledged that the accusation was “completely false.” 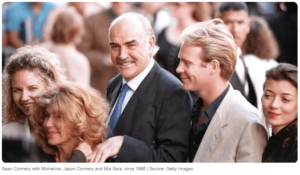 While Jason was eager to defend his father, Connery, who was 77 at the time and residing in the Bahamas, declined to comment on whether or not he had informed his son that he would not be getting an inheritance.

Jason resembles his father not just in appearance but also in work. The young man has several performing credentials after following in his father’s footsteps. However, he began directing in 2006 and has continued along that road. 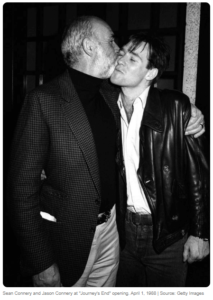 Jason remembers needing to establish himself as a respectable actor when he first started performing because people assumed he would receive what he wanted since his parents were renowned. He acknowledged:

“I was very aware of who Dad and everyone else was. I felt compelled to defend myself or to assert, “I’m not simply his son.” I am capable of acting. “I’m not just riding on his back.”

Jason also mentioned that he and his father shared a passion for golf. They would play whenever they could, and he recalled “sunny” recollections of him and his father having fun together. 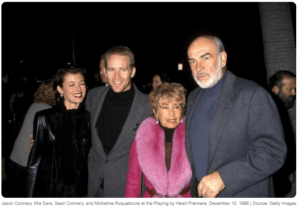 In 2017, Jason was asked if Connery was still playing golf, and he affirmed that at 86 years old, Connery was still on the golf course whenever he had the opportunity. He stated that they used to play a lot in Spain when Connery lived there.

Jason recalls going to play with his father, his stepmother, and his stepbrother. He stated that he idealized it since it wasn’t always easy, but he remembered having fun with his father and stepfamily.

Connery died in 2020, leaving behind Roquebrune, Jason, and his stepchildren. At the time of his death, he was reported to be worth $350 million. That fortune, however, was not immediately distributed to any member of Connery’s family. 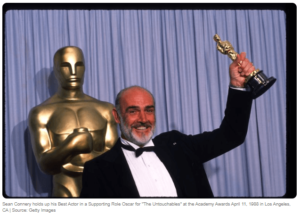 Connery’s acting earnings were invested in several trusts during his life. When Connery died, his money remained in the different trusts, and it was unknown where it would go next. The information has yet to be revealed.