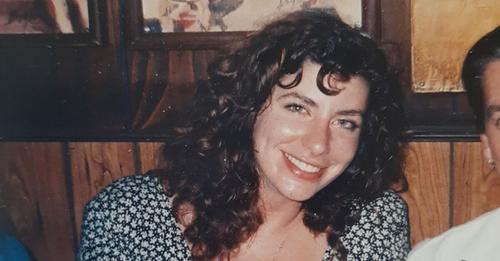 Ahead of the 2020 presidential election, the legacy media quickly and efficiently squashed s*xual ass*ult all*gations leveled against then-candidate Joe Biden by Tara Reade, a former Biden staffer who had worked for him as a Senate aide in 1993.

Last week, Reade informed the Daily Caller she had called on House Republicans to open an investigation into the inc*dent when they take back the majority in January.

“It would be a very different thing, if I could testify under oath,” she told the outlet.

She indicated she would “provide whatever information [Congress] needed and [Congress] could ask me whatever questions they wanted.”

She said, “I think we need to have the conversation, instead of me being erased, and other women that were erased that tried to come forward.”

According to Reade, then-Sen. Biden pinned her against the wall in a Senate corridor, reached under her clothing and s*xually violated her.

Following the inc*dent, Reade told the Daily Caller, she filed “a s*xual h*r*ssment report through the Senate.”

A record of Reade’s complaint could very well be found in Biden’s Senate records. However, in addition to the fact that Team Biden would move heaven and earth to keep any such complaint hidden, the records are sealed at Biden’s alma mater, the University of Delaware.

According to The Washington Post, the university said the records would remain sealed “for two years after Biden retires from public office.” Shortly before Biden launched his campaign, the university indicated the documents would not be made available until after he departed “public life.”

Her complaint about the all*ged inc*dent was not received well by her superiors, she said. Reade said she’d been “thr**tened” and, in the end, dismissed. She said one staff member told her, “we’ll f***ing destroy you, if you go forward,” according to the Daily Caller.

Reade told the Daily Caller: “I was 28 years old. It was scary to hear at the time. It was at the beginning of my political career, and it kind of shut me up.”

According to a New York Times report published in April 2020, Reade had said she had spoken to Marianne Baker, Biden’s executive assistant at the time of the all*ged inc*dent, and Ted Kauffman, and Dennis Toner, top aides in Biden’s office at the time. All denied that Reade had made any complaint, according to the Times.

In April 2020, The Intercept spoke to Baker. She told the outlet, “In all my years working for Senator Biden, I never once witnessed, or heard of, or received, any reports of inappropriate conduct, period — not from Ms. Reade, not from anyone. … These clearly false all*gations are in complete contradiction to both the inner workings of our Senate office and to the man I know and worked so closely with for almost two decades.”

Reade wondered if their memories might improve if they were questioned “under oath,” telling the Daily Caller, “I think they would have to admit something very different.”

The Times described Reade’s account of the inc*dent as being vague about the “exact time, date and location.”

However, the Times article did acknowledge, that one of Reade’s friends said Reade had told her about the ass*ult shortly after it had allegedly occurred.

A second friend, along with Reade’s brother, also said she had informed them “over the years about a traumatic s*haxual inc*dent involving Mr. Biden,” as the Times put it.

Perhaps the event that lends the most credence to Reade’s accusations was the bombshell audio recording of a woman, whom Reade claims was her now-deceased mother, calling in to the talk show “Larry King Live” in August 1993.

In the audio below, the caller asks King, “I’m wondering what a staffer would do besides go to the press in Washington?

My daughter has just left there, after working for a prominent senator, and could not get through with her problems at all, and the only thing she could have done was go to the press, and she chose not to do it out of respect for him.”

King replied, “In other words, she had a story to tell but, out of respect for the person she worked for, she didn’t tell it?”

Video👇🏻@ReadeAlexandra — is this your Mom’s voice? https://t.co/ospBhlKSvb pic.twitter.com/r5WsXJ2vQb

The best Biden supporters could do to discredit Reade was investigate whether she had “falsely described her education credentials under oath,” the Daily Caller reported.

A New York Times report from June 2020 stated that a spokeswoman for Antioch University, where Reade said she had earned an undergraduate degree, confirmed that Reade had attended classes there, but had not earned enough credit to graduate.

In March 2021, The Intercept published a lengthy article investigating Reade’s educational history, concluding that while it was messy, Reade’s account of her graduation “is consistent with the records in her file” with Antioch.

She continued, “I was proud of the handful of op-eds that were published. I tried to have one published in the New York Times but it was rejected.

Bottom line, I was Joe Biden’s full time staffer in 1993 when he s*xually h*rass*d and ass*ulted me. Any other conversation about what I thought or even who I worked with now is irrelevant to the crime he committed in 1993 and as to why Biden has never even been investigated.”

The Daily Caller said it had reached out to House Republicans for comment on Reade’s request for an investigation, but had not received a response.

Regardless of whether the GOP House opens a probe specifically into Reade’s allegations, her return to prominence can only mean bad things for Joe Biden.

In fact, between the guarantee of Republican committees investigating the endless unsavory aspects of the Biden presidency and the Biden family, and the president’s own well-documented history of complaints about inappropriate behavior from women who’ve come into close contact with him over the years, Reade is about to do her part in making Biden’s life a nightmare for the final two years of his four-year term.

Democrats must know what they’re in for. And they have to be bracing for the onslaught they will face in January.

They’re already claiming that with all of the investigations they have planned for 2023, Republicans will get nothing done for the American people. Um, should we remind them of January 2019?

This article appeared originally on The Western Journal.