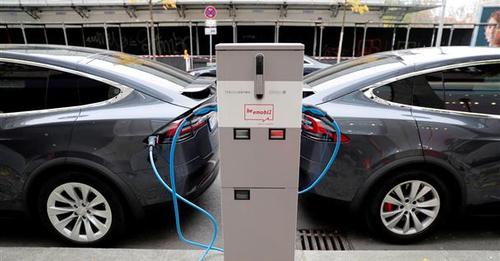 The video of a Tesla owner went viral after he couldn’t get his Model S to charge at a supercharger station in the cold.

According to Electrek, Domenick Nati, a radio host in the US, was trying to charge his Tesla Model S ahead of his holiday travel, but he was having some issues.

The temperature was reportedly 19 degrees Fahrenheit (-7 degrees Celsius) at the time.

Nati claims to have attempted to charge at home without success, and then at a nearby supercharger station, where he posted the now viral TikTok video, according to the report.

“Tesla S will not charge in the cold. Stranded on Christmas Eve!” reads the caption of the TikTok video.

When connected to the supercharger, the car displayed a message indicating that it was warming up the battery pack in preparation for charging, but it never started charging, even after an hour.

Nati claims he contacted Tesla about the problem, but received no response, the report said.

Meanwhile, Tesla had launched its own wireless charging platform, a wireless charger that can charge up to three Qi devices at one time.

“Inspired by the angular design and metallic styling of Cybertruck, our Wireless Charging Platform provides 15W of fast charging power per device for up to three devices simultaneously,” Tesla was quoted as saying. IANS