Airports are often busy as everyone’s rushing here and there as they juggle a hundred things while trying to catch their flight. But, that wasn’t the case in Nashville, where everything came to a standstill when passengers were stopped by an unmistakable sound. 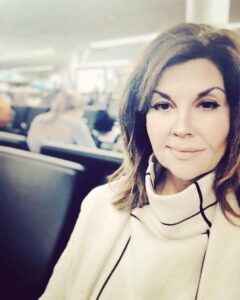 Jen Tringale was left blown away by what she saw in Nashville. While traveling through the international airport, her attention was drawn to a sound that had her quickly pulling out her phone so she could capture the scene unfolding in front of her on video. “I witnessed an international airport come to a complete stop today,” she wrote in the caption accompanying the clip as she shared the footage to Facebook.

It was a remarkable sight to be sure. As hundreds of people were packed into the airport awaiting their flights, everything came to a stop. There’s no doubt that people had places to be and had a limited amount of time to get there, but all of that was put on the backburner for a moment after an airline attendant made an announcement. Then, another unexpected sound soon filled the air. 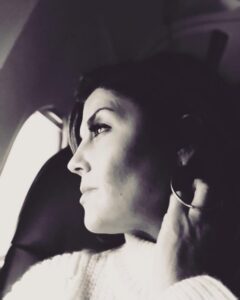 Speaking over the hustle and bustle of the crowd using a loudspeaker, the airline staff revealed that they had some special guests with them that day. The children of fallen service members were boarding their flight as the kids were being flown to Disneyworld on an all-expenses trip, according to Daily Wire. And, they wanted to pay them a special honor.

As “The Star-Spangled Banner” began to play, everyone in the airport stopped what they were doing to pay their respect. During the performance, soldiers saluted the children as busy travelers stood quietly with their hands on their hearts. For a moment, everything was at a breathtaking standstill.

At the Nashville airport I walked out into the concourse to this scene,” Jen wrote in her post. “@americanairlines was flying a plane full of children who had lost a parent in combat to Disneyworld on an all expenses paid trip and they threw a party for them at the gate,” she furthered.

“But when they announced them over the loudspeaker and they lined up to board the plane, the whole airport literally stopped and sang the national anthem with (the) military present in salute,” Jen continued, describing the moving scene she captured on video. 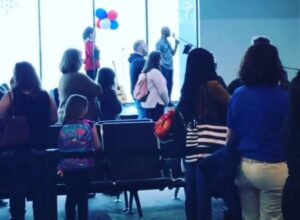 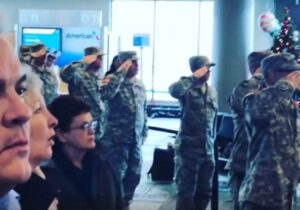 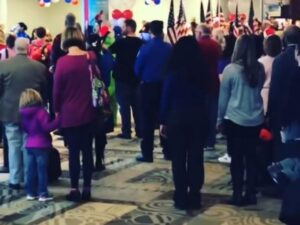 Calling the display “so humbling,” Jen Tringale added, “Most every person standing around, myself included was bawling at the sight of these kids and spouses who have paid so great a price for our country.”

She continued, “Seeing the general public in an airport stand still to honor these kids was simply beautiful.” And, it seems that social media users agree as the video quickly went viral, receiving the praise it deserves. 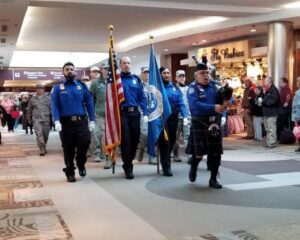 God Bless these Families who lost a spouse in the Military or these little children who lost a Mommy or Daddy,” one social media user commented on the touching video as they shared the sentiments which were held by many viewers.

“God Bless American Airlines for doing a Wonderful thing to send these children to Disneyworld and make them happy,” the heartfelt comment continued before concluding, “God Bless Our Military for Sacrificing for Our Freedom and God Bless America.”