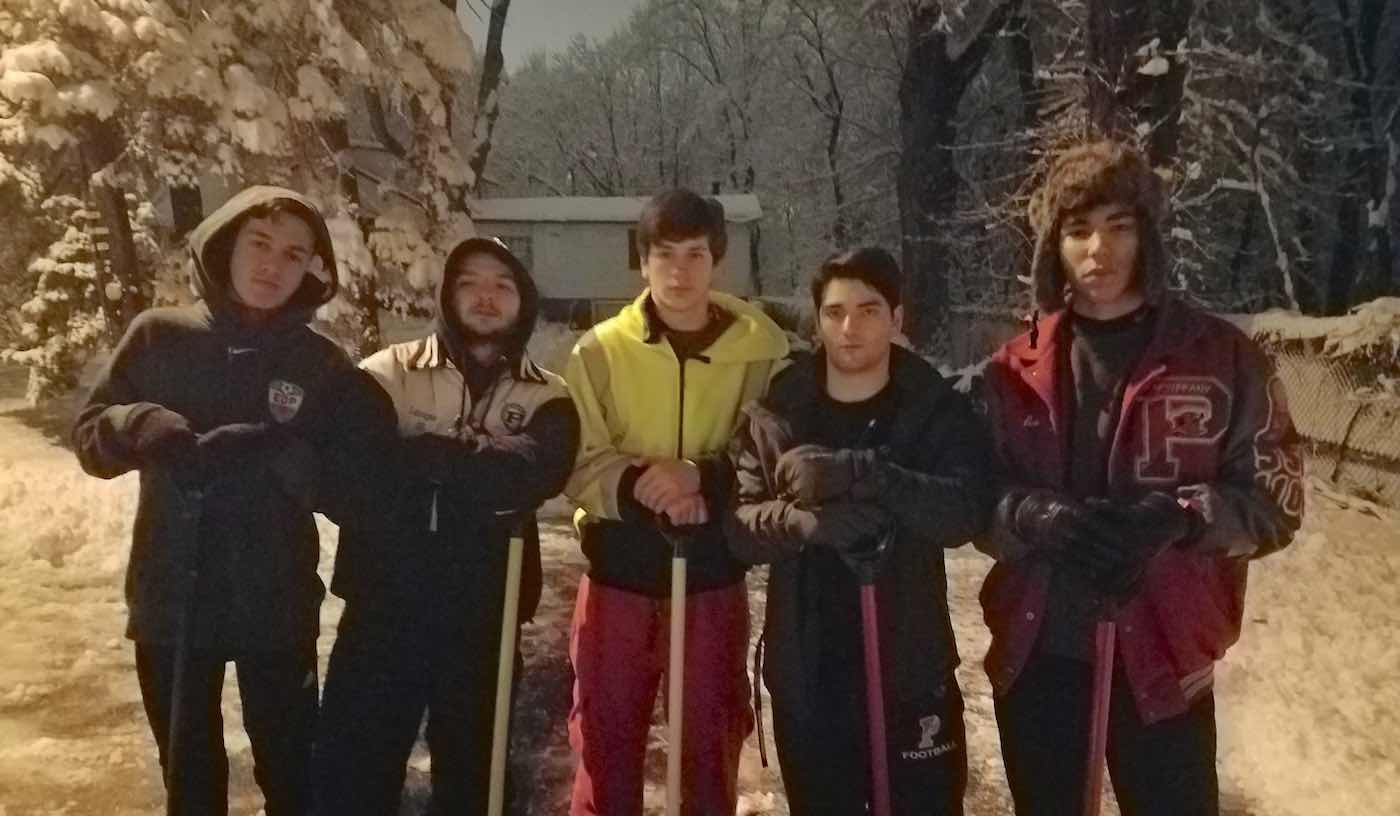 Any parent of teenagers knows how hard it is to get them out of bed in the morning. Teenagers love sleeping in on weekends, which is why it has come as such a welcome surprise that a story is going viral about a group of teenage boys who got up at 4:30am to shovel snow for a neighbor in need.

Brian and Patrick Lanigan are students at Parsippany High School in New Jersey, and they live next-door to an elderly woman who depends on ambulance transportation to get her to the hospital so that she can get her dialysis treatments. Brian had shoveled the neighbor’s driveway the week before so that she could go to treatment, but when the brothers learned that a snowstorm was coming overnight, they knew they needed to clear her driveway so that the ambulance could pick her up at 6am.

Patrick started calling up his friends asking if they would be willing to help him out, and at 4:30am the next morning, four of them showed up with shovels in hand! After just thirty minutes of work, they had completely cleared the woman’s driveway.

Brian and Patrick’s father snapped a photo of the “snow angels” and posted it to Twitter, where it quickly went viral. People all over the globe have been praising the boys for their neighborly kindness!

Snow Angels disguised as PHS Srs, Justin, Pat, Chris, Tyler & Amon got up super early 4:30 (really never slept) to shovel a driveway for a neighbor who needed to get to dialysis #Goodboys #MooMoo #hopingforasnowday pic.twitter.com/ZMMWbrBRlR

Teenagers often get a bad rap, which is why it’s so refreshing to see a group of young boys doing something so generous for their neighbor. We need more compassionate people like them in the world!