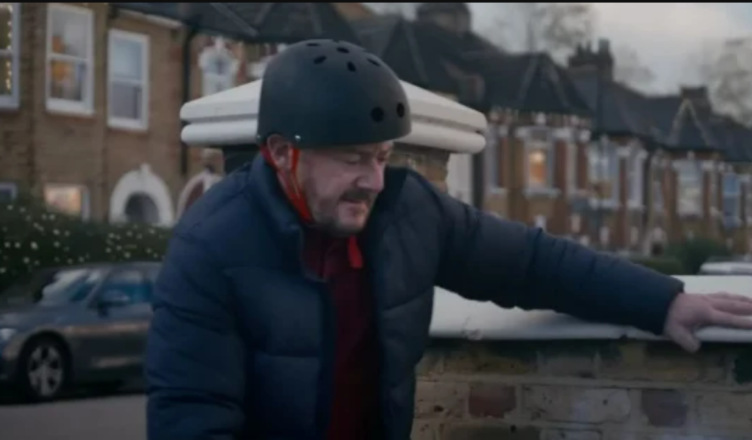 A profound message is conveyed in the John Lewis Christmas Advert 2022, which advises us all that even the most inconspicuous of deeds may have a significant effect on the world. What a wonderful way to approach the Christmas season with this attitude!

The video begins with a guy skateboarding in a parking lot, and he does a terrible job of it.

After falling off the board and getting back up, he had a really disheartened expression on his face, suddenly, he walks in as his wife is on the phone, expressing how excited she is about the next event. 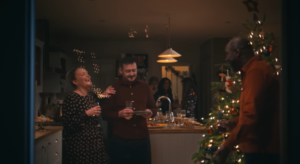 After grabbing a handful of frozen peas to apply to his injured knee, he flops down on the sofa, seeming despondent. The guy then helps his wife decorate the Christmas tree, but the whole time he can’t help but make a face. Clearly, all of the skateboarding spills and accidents have left him with some aches and pains.

While at work, he secretly watches skateboarding movies, and at one point, the camera pans down to show him standing with his feet on top of a board that is hidden beneath his desk. He is committed to gaining knowledge.

There are some high moments filled with success and joy. The doorbell suddenly rings in the John Lewis Christmas advertisement all of a sudden. 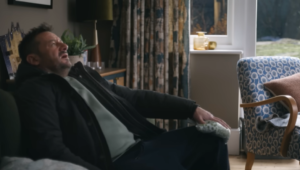 The guy and his wife both had expressions of eager expectation on their faces.

A small girl is seen standing at the doorway, peering nervously at the two people inside; the child, who is now in foster care, will soon be moving in with them.

She is holding a skateboard in her arms while also pointing to an arm brace that the other person is wearing.

The guy admits that he skates himself, but he thinks that her board is more interesting, and so, they form a connection with the girl as a result of inviting her inside.

The last message of the John Lewis Christmas advertisement for 2022 is that more than 108 thousand youngsters now reside in foster care in the United Kingdom.

This heartfelt film shows us the generosity and compassion that we are capable of bestowing onto others if we are just willing to put in the effort.