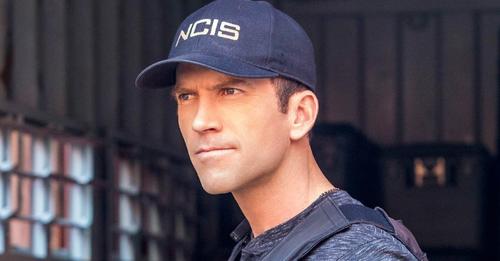 Actor Lucas Black on NCIS: New Orleans was enjoying plenty of success when God called him to leave Hollywood behind.

He’d even starred in plenty of movies, including the popular Fast And The Furious franchise.

But the Holy Spirit convicted him and the Christian celebrity made a bold decision to put his faith first!

Lucas spent most of his life acting, starring opposite Billy Bob Thornton at the young age of 14 in the 1996 Oscar-winning movie, Sling Blade.

And by the time Lucas Black joined NCIS:

New Orleans as one of the show’s main characters, Special Agent Christopher LaSalle, he was at the height of a successful career.

But then Lucas discovered something better than fame and fortune — Jesus!

Lucas Black Finds Success
Though Lucas Black grew up in a Christian home where he attended church every Sunday, he sort of drifted from his faith as he got older.

But after falling in love and starting a family, he began to reevaluate the role of faith in his life.

Though his appearances in movies and on TV certainly provided a good life for his wife and children, there are things money can’t buy.

And after becoming a father, this actor began looking for something deeper than worldly success.

By the time Lucas Black and his wife welcomed their third child in 2015, he turned to the Bible.

And that’s when he felt God calling him in a different direction.

“That [2015] was when the Holy Spirit convicted me,” Lucas recalled.

“And really, my faith and my relationship with the Lord became a lot closer. That was when I was stepping into the fatherhood role.

So I really wanted to point my kids in the right direction.”

And as Lucas Black went deeper in his relationship with Christ, his time on NCIS: New Orleans became more of a burden than a blessing.

“[I knew] I was going to have to stand firm and stand strong in my beliefs if I was going to survive, and really keep my family held together,” he said.

“That was really when, you know, some people would say [I] rededicated my life to the Lord in 2015 – seeking Him and becoming serious about my relationship with Him.”

Lucas knew God was calling him to reprioritize his life.

And that meant it was time to make a tough choice — one the world likely wouldn’t understand.

Lucas Black On NCIS Leaves To Prioritize Faith And Family

And though many would be willing to sacrifice family time for a fat paycheck, Lucas couldn’t ignore the convictions in his heart from his Heavenly Father.

And so, at the height of his Hollywood career, he made a big decision to step out in faith!

In 2019, Lucas Black appeared on NCIS: New Orleans for the last time. He decided to take a break from acting and step away from Hollywood.

“The show has been so good to me over the years exceeding my expectations and goals,” he said.

Lucas realized it was time to prioritize spending time with family, as well as with his Heavenly Father.