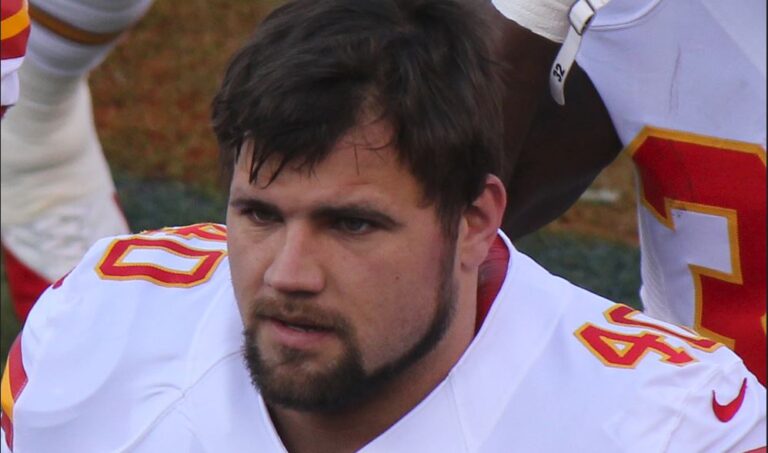 Former NFL running back Peyton Hillis is in critical condition after saving his children from drowning in the ocean. While it appears that he managed to save his children, who are in good health, Hillis is still in intensive care.

That is according to a Facebook post from Greg Hillis, Peyton’s uncle, who got ahead of any rumors that may be spread about the condition of his nephew. Greg wrote the following, in a post that was shared to Twitter by Alyssa Orange:

“I just wanted to let everyone know on Razorback Nation that Peyton is doing better. He’s still in intensive care and having some problems with his kidneys and his lungs but the doctors say he is improving. I just wanted to head off any rumors that may be started. I’m sure he would want everyone to know that he appreciates all of the prayers be thrown up on his behalf!!!”

Peyton Hillis’ uncle posted this on Facebook and @OtisKirk23 brought it to my attention. #WPS pic.twitter.com/jYRvQPGAXF

According to Alyssa Orange, Hillis was in Pensacola, Florida. Following the accident, he was airlifted to the hospital and he has not yet regained consciousness.

Hillis was a sensation during his time in the NFL, especially during his two-year stint with the Cleveland Brown where he won over fans’ hearts by being a bruising rusher who craved contact, and despite not being one of the fastest guys on the field, he led the rushing attack for the tea. Bleacher Report summed up Hillis’ play style beautifully in this excerpt from a Brad Gagnon article:

“A battering ram in the form of a crash-test dummy, Hillis exhilarated fans, teammates and coaches by tackling defenders, rather than avoiding them. The very traits that he felt diminished his chances of succeeding at Arkansas and with the Broncos were now working in his favor. Despite possessing a linebacker’s body and mentality, he moved with exceptional grace while flashing smooth hands and sneaky speed.”

This play earned him a place in fans’ hearts quickly, and he won the fan vote to become Madden 2012’s cover athlete, a title only earned by the league’s best and most beloved stars.

Over eight seasons, Hillis appeared in 81 games for the Denver Broncos, Cleveland Browns, Kansas City Chiefs, and Tampa Bay Buccaneers. A very impressive track record of longevity for a player drafted in the final round of the 2008 NFL Draft. To add to his lore, Hillis was never even supposed to play tailback, but after injuries piled up on the Denver Broncos, the former Arkansas Razorback was moved from running back to fill in. He never looked back, earning a starting job almost immediately.

Following his career, Hillis reflected on what he learned from being at the top of the world in the biggest sports league in the world

“I went through a couple of years there just mad at the world,” he said. “I put my faith in the world and the world let me down. And I should have known that. The world’s always going to let you down. Put your faith in God.”